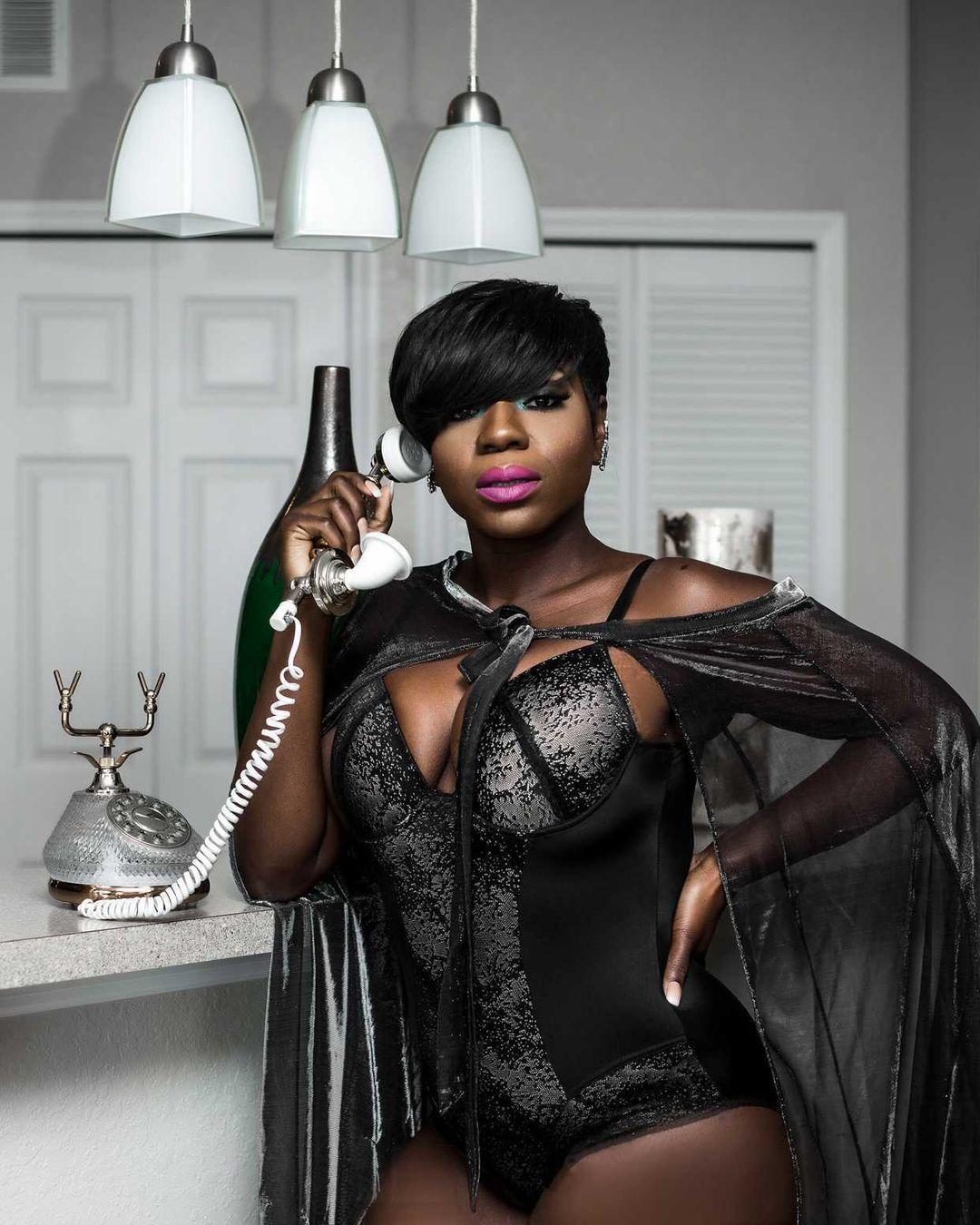 “Be you, you may lose a little but you will win in the end” Ra’chel the NEXT Superstar..

Gritty building lined streets, packed with families striving to form better lives for their young, culture thick in the air, emphasized by the smell of cooking diri blan ak sos pwa & Legume, her mom often made. Her back to her family’s Lakeland, Florida apartment, Ra’chel, is a young Haitian girl with a body she is ashamed of and a talent yet undiscovered, playing in the sand with a message carried in tune escaping through her voice, “ You don’t know the pain that I feeelll….”

Ra’chel’s forte is singing, with her strengths resonating through in R&B and soul, while occasionally dipping a few toes into the world of rap. Overall, her voice demands high notes and melodies that will showcase the angelic bells her voice replicates. Sex and love are something everyone can relate to and when delivered with her show stopping voice it becomes a story infused into the mind, ringing with notes intwined with words which Ra’chel has brought to life and will take rest only, in between her audience’s thoughts, until she is like a craving, needing to hear her next song.

Ra’chel remembers fondly, “This girl is like Omg Ra’chel you can sing. And I already knew I could sing, my parents just didn’t know, so I was like what does that mean? Of course I can sing. Later my brother heard me and got me going to the studio and the attempted signing event happened. But it’s like when you don’t have that support it’s kind of hard to believe in yourself. But that was the moment that I was like 1, yea I can sing, then with the studio event I was like 2, now I have value. So they would sing words like Chemen an pa fasil (with short, quick notes), so then when I would go up I would sing  Chemennnn an paaaa faaasiiiiil (drawing out the words and adding accents thick with melodies, dropping and falling), and everyone would shout and praise. The thing is when you are the one singing differently than everyone else you think you are the outcast, when really everyone was trying to sound like me, so that’s another time that I realized what I had inside of me, this talent for singing”.

Ra’chel started recording music when she was 13, and increasingly so over the last 20 years. Shortly after starting to record her voice in a studio, Ra’chel’s brother who was a server at Red Lobster, showed a clip of her singing to the cousin of a talent scout who was immediately interested in Ra’chel’s exceptional voice and ready to sign. Despite this early pot of luck Ra’chel and her brother had stumbled upon, Ra’chel’s Haitian mother was not having her daughter involved in the music industry at such a young age and insisted she receive a proper education first and foremost. As a result no contract was signed.

Ra’chel has been singing since she was around 2 years old. Raised singing in church, Ra’chel could be heard singing in the shower, around her home, at shows for her friends, anywhere she could, but was not permitted to pursue further until she was of age.  If Ra’chel was brought to a big recording studio and asked to sing any particular person’s music, much of the time she would be unable to do so due to her lack of exposure to all different types of music throughout her lifetime and before. She was sheltered in her mother’s cultural world. Despite this disadvantage, Ra’chel’s voice is most certainly uplifting and significant enough to demand the patience to mold and train this raw talent. “My only outlet to music was on the school bus, they used to play the radio ,” Ra’chel starts snapping her fingers to initiate a beat and begins to sing ‘You Were Meant for Me’ by Jewel, “Dreams last so long, even after you’re gone, I know that you love me, and soon you will see.”

She wants to get involved with creating island music but has not broken into that yet but wants to give back to her heritage.

Ra’chel takes brief dips into the pool of the rap world according to the current society’s expectations. She was frequently told her music could not be played in several public venues and clubs because it was too lovey and needed an edge. Ra’chel brought the heat, turning up with mixed tape; Chronicles of a Diva: Vol 1.

One of my favorite things while interviewing this beautiful artist was how she would break into song to emphasize a point or as a reflection of a memory and her voice would kidnap your thoughts so  that regardless of what you were supposed to be thinking about, all you want to do is hear what she will sing next. hanging on each syllable and hoping you will be able to listen to any music again without finding it wanting. Her voice is haunting and transfixing. She is sweet, thoughtful, ambitious and focused on being the best mother she can be to her daughter, who is also musically talented with a passion for producing.

Ra’chel has 3 albums, 2 mixtapes, and 2 R&B songs out.  “Start with ‘The Harvest’, channel in and see what you are going to do to let that message cater to you, helping you overcome whatever obstacle you are going through,” Ra’chel introduces. ‘The Harvest’ was released in 2018 and is about planting seed and seeing where you can grow from it. “That song is dear to me because that’s when I was going through my weight loss journey. I lost 135 pounds naturally, it was like my fight song. I also correlated with an artist when the Mayweather fight was about to go off. So, yea, it’s definitely a fight song.”

Ra’chel also talks about her latest album release “I Am Here,” stating “ I am here, like I made it. Everyone goes through obstacles in life, like weight loss which is one of the biggest. The reason weight loss is so big to me is because I could have been the Beyonce #2 but in Ra’chel’s world per say, but weight always stopped me because people would say dang girl you can sing but dang baby we can’t market you. We need you in a 2 piece. So it’s like being that size I shouldn’t have been able to even get in the door but my personality got me in. Personality is everything and very much a strength but at the end of the day I am glad they didn’t let me go forward because I realized I am a problem. When I say that, I am not judging anyone who is plus sized, but let’s get real it comes with consequences. Risks like diabetes, and other health risks in addition to problems like acceptance and people’s expectations”. Ra’chel speaks on the gravity of the importance of her weight loss journey multiple times throughout her interview, continuing on to discuss positive body image thoughts.

“Going through that weightloss journey it was like a dark moment but in a good way. I feel like weight loss is all mental,” Ra’chel starts reviewing the first step as eliminating anything that brought her stress because stress made her hungry or atleast crave to eat. Ra’chel stopped dating, stopped getting on social media, stopped anything that led to possible drama or irritation, went to bed early, woke up at 4AM to go run 12 miles, stopped drinking soda especially her go to Coca cola, just completely blocking herself from anything that led to her temptation and determination was her motivation. She missed baby showers, she missed weddings, and began to choose herself one day at a time, until days turned into weeks and weeks turned into months. Ra’chel had personal and career goals, she did not want her daughter’s peers bullying her or making comments about her mama’s weight, and she was focused on the fact weight was something she COULD DO SOMETHING about, even if it was extremely hard and life changing.

Ra’chel finishes with “I chose me, and I was selfish with me. You just gotta do it. You have to know that you are worth it. I got tired of swollen ankles and watching my daughter’s face fall with embarrassment at her friend’s comments about something I CAN change. My child was suffering from something I can change. To chew steaks every three days. There were multiple things, but you have to find your why, my why if I had to pick one, is my daughter. She means more to me than anything. I decided to protect and fight for my peace”.

“The best R&B song I have, my baby, the song that can make me cry on stage, be my bully on stage, have you go search for me on stage, is ‘Have them Hoes’. As a songwriter you most definitely have to write what you have been through, but like damn we don’t actually go through everything, right? So you also I have to write in the mindset of someone else, and ‘Have them Hoes’ was 50/50. Half was me and half was I know someone who has been through this’ ‘. Ra’chel is big on representing both what she has experienced and what she knows her audience will relate to as she hooks them with her hypnotic voice, leading them through the story of the song.

The pandemic brought the world to a pause, but as social gears start to return, slowly picking up speed, keep an eye out for performances of ‘Something about You’ at local venues, and be sure to check out the music video on youtube. Upcoming in the next few months expect a sample of the talent Ra’chel provides with a cover or 2 that represent words already familiar to you. Beware as she seeks to memorize your heart, and lock down your fandom for one more upcoming star.