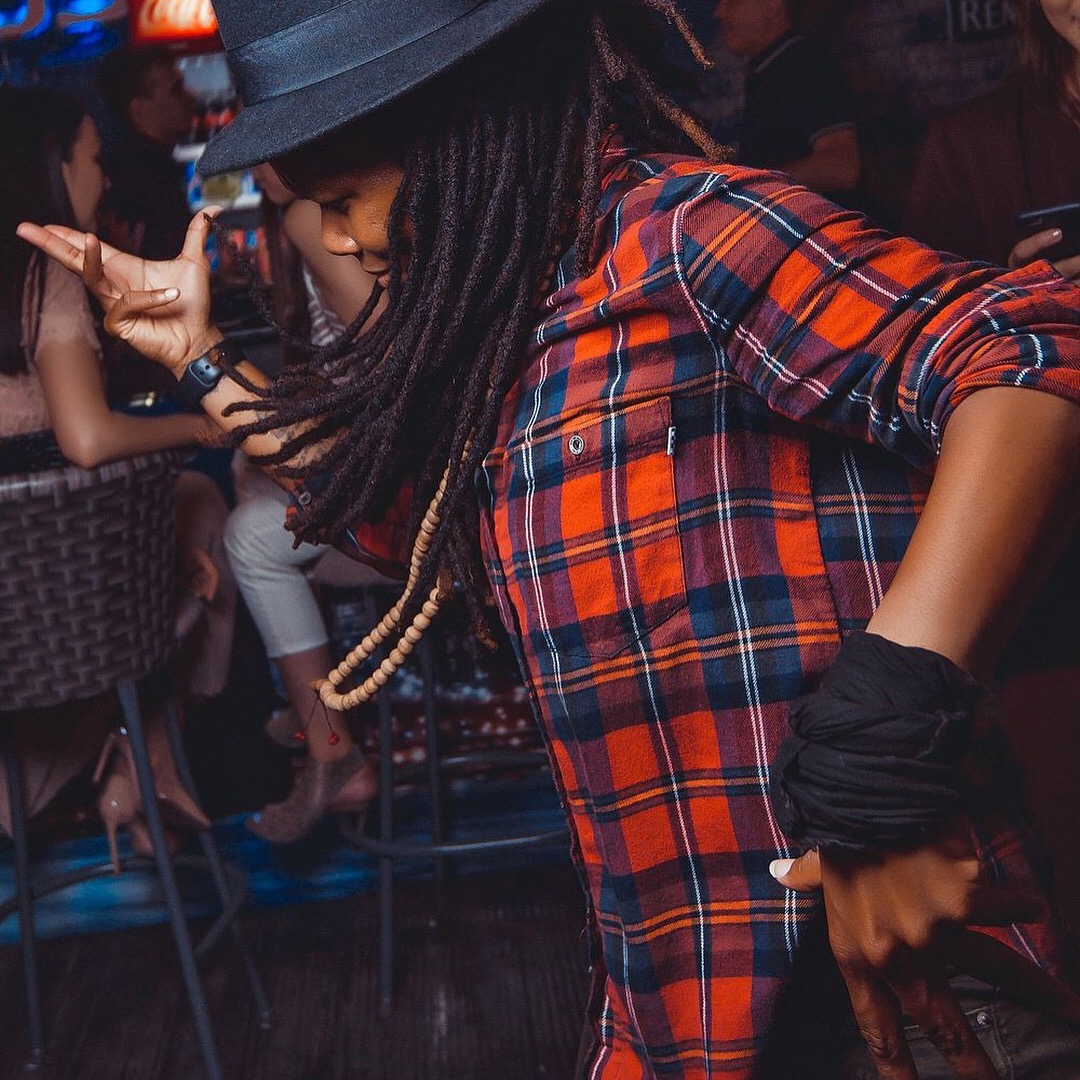 Lisa L Boogie Bauford has been a professional choreographer and dancer for a dance team called iLuminate for more than 7 years. After working with the FL based company for a little over half a decade LBoogie moved to LA in August 2019, following iLuminate’s move from FL to LA several months prior. She seized the opportunity of her dance company relocation to pursue other avenues of her career when not dancing in full personality and bright, neon lighted suits.

She started with several local Tampa/St. Petersburg dance crews before joining iLuminate in 2012 when she was 28, with a background also dancing for Engima dance group (known for TV show America’s Best Dance Crew). For the last two years, in addition to ILuminate, she has been dancing with the national tour for the “Hip-Hop Nutcracker”, renowned for featured artist and hip-hop legend Kurtis Blow. 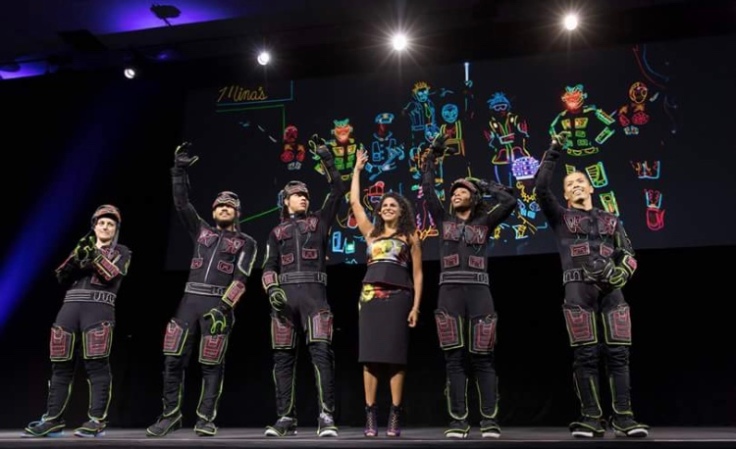 iLuminate got started on America’s Got Talent in 2011, with Boogie joining the team shortly after. In 2014, iLuminate was invited back to America’s Got Talent for a guest performance honoring L-Boogie the opportunity to dance their stage.    “That stage was massive! Like I get nervous a little bit here and there, but I mean, I have been on the stage so much now. Of course you always have that little bit of nervousness; it’s about going into it with a different mindset….I have a ritual for example, this started for basketball. I would literally jump up and down for like 5 times, just shake, and then I’m good. Then I go right to the floor. Basketball court or the stage.”

Lisa Bauford had been an avid basketball player most of her life. This highschool basketball point guard (court name) strode around school with a ball on her hip and an attitude that reflected she knew her skill and would wipe the court with anyone who challenged her with a quick grin and a swoosh.

“I played ball my whole life!” Lisa says growing up dancing was not her focus. “Starting back when I was one week old in my mama’s belly,” she laughs as she begins, “Just kidding, we aren’t gonna go back that far. But like my family was always a dancing family. Not like anyone was out professionally dancing but music was around us all the time. So, I really didn’t look at dance as something I would be doing, like for the rest of my life. Basketball was it.”

Lisa always excelled at seeing the court, knowing the moves, and aiming for the grand finale from high school to college basketball, starting at SPC before transferring to Jersey (College?)

Fast forwarding to when the court became the stage, Lisa recalls how dance had always been an outlet and a way to have fun, “It was something I just loved doing. I loved the reaction I would get from people. Not necessarily like a me, me, me, kind of thing, or look I am so good, it was more like, look! There’s a smile, and that is what has driven me to dance, putting those smiles on people’s faces and making them happy.”

L-Boogie also entrepreneurs designing jewelry, selling vintage clothing, and dabbling in photography. She hopes to fill acting roles with her quirky personality, feeling she would make a humorous addition to a great new sitcom, and she’s got all the moves! “Honestly, I am pretty funny, and I need people to know outside my immediate people, if you know what I’m saying. They need to see it, and it is not even for me, it’s for them, it’s for you guys. It is for the laughs” she grins. 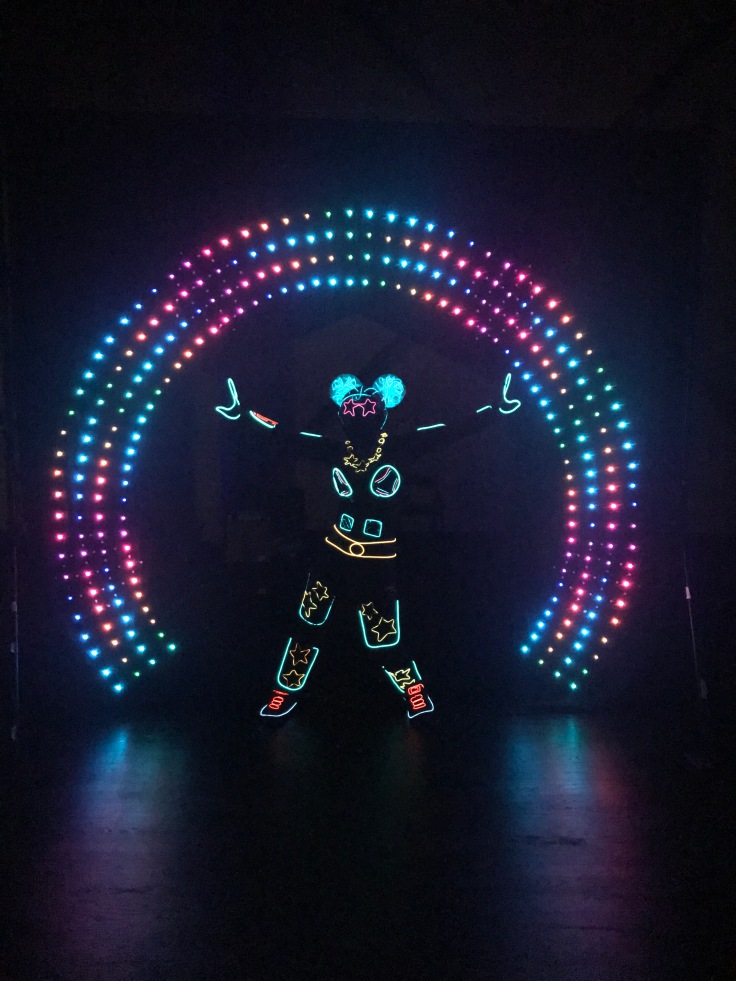 “A lot of me is in my character. What I love about iLuminate was that I was able to literally create the character that I would have. I was able to name the character and come up with the whole persona of who ‘Starlight’ was. The character I have has gone through a lot of transitions.” ‘Starlight’ started out as a man with a thick 70’s afro, long sideburns, bushy eyebrows, bright bell bottom pants while currently he is a she, with two pom poms replacing the old-school hippie afro.  “I would consider her almost transgender because she went from being a man to a woman, but not. Seeing me outside of my suit, people would never guess that the character that I play on stage is me,” L-Boogie begins as she introduces the personality she becomes to entertain. A whole part of herself that she creates just to spread grins across full stadiums. “Starlight Jones is very feisty, she’s fierce, she’s confident, she’s funny. She has one of those personalities that she doesn’t take crap but is really nice unless she is pushed too far. She likes to have fun, and I’m a ball of energy. Starlight is a ball of good energy.”

From the jump L-Boogie dove into hip hop dance battles to challenge her ability and skill. An intense way to gain experience quickly while surrounded by others with similar passion. Canvas, a choreographer showcase where underground battles were often held became L-Boogie’s world as she transitioned from lead on the court to moving her body to a whole new routine, already skilled in keeping the audience’s attention. Surprisingly, Lisa was one of the few women performing in these competitions at the time and found herself empowered by her ability to overcome a largely male occupied domain with taste and pizzazz. Flashing back to a 1 verses 1 AllStar battle where all beat boys had entered, L-Boogie remembers the excitement of coming out on top with a win. That moment when the realization hit that she really didn’t need to be intimidated by completely different styles than she was unfamiliar with. She saw that with her natural talent to slide and bop and experience from what she had taught herself, could carry her through any challenge. 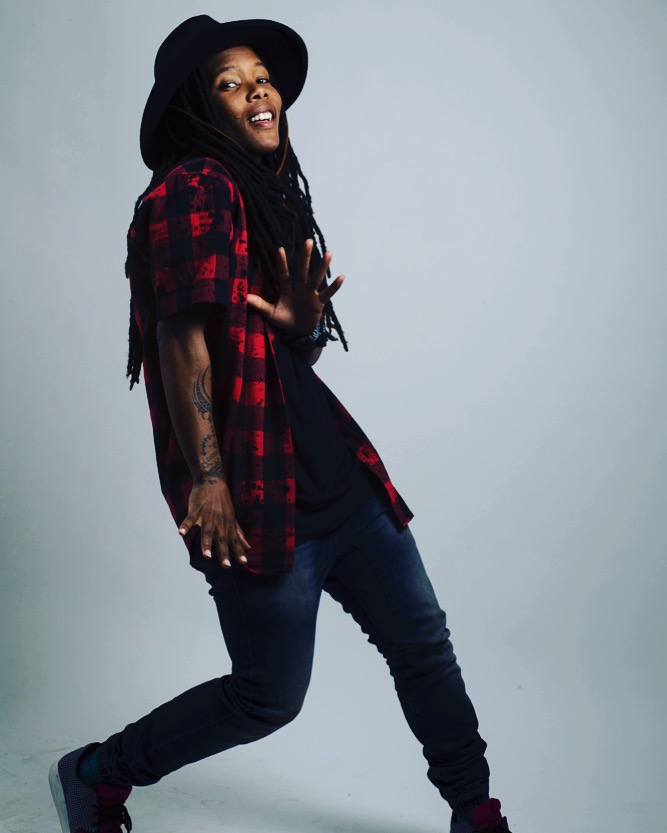 L-Boogie admits that messing up is part of the routine of the profession, “I’ve fallen off the stage a few times. We dance in the dark. When you are so in your character there are sometimes that you just gage things the wrong way. You’re not a real one unless you’ve messed up once or twice, laughed it off, and kept going. The thing is no matter what, you have to stay in character, you have to find a way to dance back on the stage, you got to, your lights are still on.” Jumping around in light suits is not for lightweights. L-Boogie also touches briefly on the restraints of learning how to adjust her dance style with her body’s aging process.

Lisa has been blessed to travel all over the world pursuing her dreams and living larger than life. Having electrified stages throughout, including Egypt, Mexico, Paris, Switzerland, and Samoa, Lboogie reflects, “ I think having the opportunity to travel, and not on your own dime, in doing something that you love, is something that is irreplaceable. Everyone in life should go somewhere other than where home is. You have to travel in order to appreciate life in itself.” Lisa continues to describe one of the biggest eye-opening experiences for her. In 2017, Illuminate Dance Team had been requested as an outreach in Samoa to teach about dance and technology and how it merges together. Lisa saw how beautiful the landscape of Samoa was; contrasting so sharply with the poverty of homes stacked on top of each other in small communities filled with nothing but sunny smiles and kind hands, causing her to become so much more grateful for her own blessings.

L-boogie is also dance captain and educational director for Illuminate, thoroughly enjoying the positive energy of building others up as she shows them how to move their body in sync with the music playing in their soul. This evolving dance expert enjoys the give and take of teaching, especially in conjunction with what the iLuminate dance team stands for with the electroluminescent wires and LED’s accentuating every movement. “The educational program for iLuminate, I feel is truly important for several reasons. One for me, is showing how you can turn tragedy into triumph. The owner of the company and woman behind this state of the art technology started off as a dancer and studying computer science. When she had to undergo surgery for an injury, it caused her to take a step back from dance and instead of letting that be the end she found a way to fuse both her loves into one. Dance and technology,” Lisa shares, before adding, “This is so important for kids to see how STEM (Science, Technology, Engineering and Mathematics) can be whatever you make it.” As it’s been said time again, in the dark the stars shine so much brighter.

In recent events due to the worldwide health crisis of Spring 2020, Lisa provided live dance classes from her “Quar’rou’tine” online series (available on Youtube) and was succinctly featured on Ted’s Ed Tv show. Lisa has also previously been featured on Google’s Made with Code commercial, the Wendy Williams show, Good Morning America and was favored with the spicy opportunity to choreograph for a CBS March madness commercial. L-Boogie  mesmerizes, entertains, flashing from one move to the next, and then she recreates, with her there is always something new. Entertainment is the goal, art is the need, and happiness is the piece of the pie universally longed for but L-Boogie delivers.

4 thoughts on “No Matter What Don’t Stop Moving, Dance with L-Boogie”