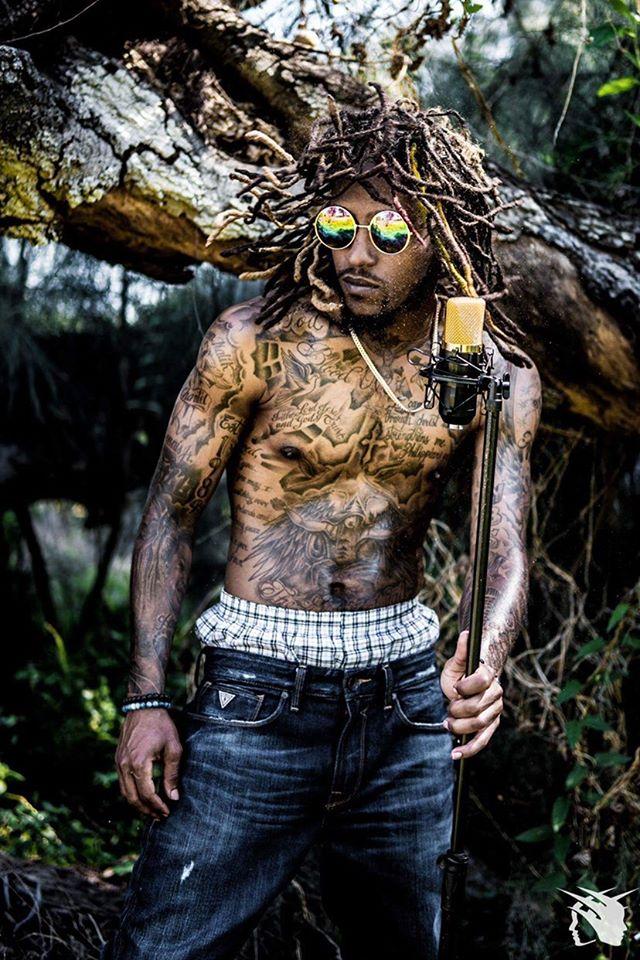 Shorty made sure I went to school, I could read and spell, and I grew up on curry like dell

So the bars spicy, *iggaz out here thinkin that they nice b, my lil uzi make u talk nicely..

Sweet tea, Hennessy in my cup, me blowing up, shyt kinda likely.

No bitches fat asses swinging for ya attention

Just some rhymes wit my heart at the extension

See my shoulders ain’t shyt for u to cry pon

Gotta carry the family, the city

Every tear down my face, get no pitty

Done puttin in a hunnit, getting back fiddy

I’m the new big tig of this rap city”.

Willy Flee recommends his song ‘Tea Kettle’ as an appetizer to the rest of his music. He speaks on troubles and growth, as a boy becomes a man, based on the discipline and situations unraveling around him.

When one door closes, another one opens. This was not just a saying but a reality, especially for Jay (WillyFlee) as he bowed to his new identity of Prettyboi J; his basketball career dwindling into his past, and a bright future of beats and dope bars beckoning and full of promise, foreshadowed the musical accomplishments to come. Having only dabbled in the past, he began developing skills of producing, rapping, live performances, dancing, and songwriting.

Although WillyFlee was previously known as Prettyboi J, as he matured his name grew up with him, developing into WillyFlee. He began to morph into this name with inspiration from Will’s favorite movie “Any Given Sunday” where Jamie Foxx’s character was awe-inspiring, Willy Beeman. Completing the transfer with Flee, due to the NYC phase when people would say “I’m flee right now” like “swagged out” or “fly”. WillyFlee has been perfecting his rap career for 10 years, beginning in 2011 at the ripe, young age of 21.

“One of the reasons I chose music over basketball or anything else is because I could live freely and not have to worry about rules,” recalls WillyFlee.

Thus far WillyFlee has released 2 albums, “Patois”, released late Summer of 2018, a modern Reggae inspiration, and “Till Tomorrow”, intergalactically today’s sound with a 90’s flavor. ‘Till Tomorrow’ is Willy’s most recent and treasured album debuted so far, containing 12 songs, released February 2019. Have you ever felt that modern music just does not have the same ring to it that music of the past had? Willy Flee feeds on the vibes of Aliyah, Carl Thomas, Mase & Diddy, TLC, and more; channeling their era’s message.  Discover this artist’s kadence for fresh UPTOWN bars.

While Willy Flee is talented when it comes to music, he admits he is still working on incorporating his dancing and music together. His fans eagerly anticipate the next Michael Jackson, hit mover and shaker, singer and dancer, but the first WillyFlee, establishing this collaboration of the arts in the hip hop scene.

In 2009, Willy Flee performed the “Beat It” dance at the University of Tampa’s Midnight Madness, in tribute to Michael Jackson; a famous singer/dancer who knew how to make the right industry moves while dancing to his own beat. Willy Flee reflects this memory, noting that he remembers the cameraman recording the crowd’s energy, when suddenly the lens was full of Prettyboi J as he blew the court away. This was just the beginning for this artist who turns heads. He would return to UT for several more performances and began creating a fanbase in this southern state; also performing at Mangroves twice monthly.

He kicks smoothly to the right, his body and limbs moving with the music beating in his head. Several onlookers search for the source of his jive, as the drops pour from the sky. His dreads gather moisture, but it is but a reflection of the crowd as they gather under umbrellas and shoppe stoops to watch this charismatic, enticing rapper falling into the R&B world. Lost in the tune of the moment, the inspirations singing into reality inside his head. A performer only by accident, as the music takes its toll.

Willy Flee’s hooks are very melodic, comparing himself to Drake, versus a solid rap hook like Lil Wayne. This jazzy artist looks forward to having a toe in every genre, slowly sinking deeper according to where his talent leads.

Willy deeply enjoys Reggae, and recommends his album ” Patois” to sample this genre of work. This style of music was what fed this young artist’s soul as he grew up, coaxing his creative energy like a seed developing into a tree of many facets. Flee has strong family ties, growing up in a west indie house, very reggae and caribbean; consistently listening to Beres Hammond, Gregory Isaacs and other like-minded artists. His family held strict ideals which have helped form him into the disciplined artist he is today.

Willy Flee has one main Producer @zyxoprod, in addition to producing his own music; stating one of his favorite parts of creating music is engineering. Meanwhile, Flee purchases from “Zyxo” monthly, allowing him the creative freedom to receive 2 or 3 beats a week, to tickle his creative juices into action.

Willy Flee, like many others, started out watching other rappers, noticing the moves they were making and building himself after them. Comparing in order to improve. In time he outgrew this, and learned to recognize other’s skills, but to still create according to his own drive. With his own unique vibe, he had more to offer, while also being skilled by learning from those more experienced. WillyFlee began reaching out and opening for artists such as Juicy J, Future, Travis Scott Cardi B & more. He began to take every opportunity that would increase his potential and ability to meet his goals, while turning down experiences which would lead to just  another night out instead of a step towards his dreams. This led to powerful networking and professional relationships which would continue to push him toward the artist he intends to become. Willy Flee thrives on opportunity.

Flee discusses balancing pursuit of his musical dream and personal life with family and friends, stating this is easy for him, because his significant other supports him 110%. His soulmate pushes him when his doubts start to rear their ugly heads, she actively promotes his music publically and is a constant reminder of what he has laid out before her, as the end goal. She keeps her eye on the prize and as a result, he knows he will always be on his A game with his family’s exceptional support. An example of this dedication, was at his video release party for ‘Love Me Down’, at Drynk (hosted by Life Kings). WillyFlee had prepared a table promoting his music video. When the day came, expectations did not meet reality and the funds for this promotion were but sweat dripping from his brow where, as many do at one point or another, he lacked what was needed. His Queen straightened her back, held her head high and carried her King’s dream into fruition, not half but wholly. Reflecting the true qualities of a life time partner, pressing him to where his crown and to forget his qualms.  This is a blessing and WillyFlee’s lady is a prime example of how to support and be one with the person you choose to dedicate your life too. Flee is lucky and perhaps purposed for greatness, with this strong woman at his back.

“Happiness is waking up, seeing the rays of the new day shining through my bedroom window, to have all of my five senses reactivated, as I am able to breathe, smell, see, hear, and feel, another day. Because once you wake up, there’s endless opportunities to conquer any dream that you may have” Willy answers inspirationally.

Recently Willy Flee has performed at the first ever annual “Loud on 7th” music festival in downtown Ybor, and is expected to appear at several release parties over the next few months. Event Fliers with times and dates are available on @willyflee.  The first day of fall has passed and October births Halloween. Delve into the beginning of the holiday festivities with upcoming release ” Creepin’”.